In 1947, Mikhail Kalashnikov presented his assault rifle, the AK-47, to the Red Army and was able to convince the decision-makers of the merits of his design. Just two years later, the now world-famous AK-47 was officially put into service as the "7.62 mm Awtomat Kalasshnikova obraztsa 1947". Mikhail Kalashnikov himself visited the Boker Manufactory in Solingen in 2002 to present the Boker Kalashnikov knife series to the public. Seventy years after the AK-47 was commissioned, we are presenting a special model in the knife series as a renewed homage to Kalashnikov's engineering genius.

The Boker Kalashnikov Duty strips away all non-essential special equipment, focusing entirely on function and reliability in the tradition of Mikhail Kalashnikov's design approach. The typical bayonet blade of the tactical knife was purposely made from 440C, tried and tested for decades, which was finely sandblasted and received a two-tone finish. The blade is opened with a thumbstud and secured with a sturdy linerlock. It is secured with the linerlock mechanism. The handle was CNC-milled from a solid block of 6061-T6 Aluminum and then hardcoat-anodized in black. The handle is inlaid by hand with certified imported Cocobolo and also CNC-milled from solid wood. All screws and the clip (tip-up) are also anodized in black. 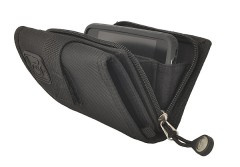 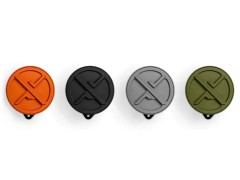